2018 was definitely an interesting year for cinema. Following off of the almost spectacular year of 2017, this year definitely had a lot of great potential with some of its movies. Not everything panned out to be great though and by November I was frantically thinking to myself how I was even going to do a Top 10 list because a lot of films were good but nothing struck me as great! In fact, I was tempted to just make a Top 5 list.

In terms of ranking, I ranked these films according to my personal enjoyment of one over another. My initial score of a movie has no influence on where it ranks on this list, that score is just my initial thoughts on the movie and for some of the films on this list that has certainly changed.

Last thing, these are not “reviews” of the films but more of synopsis of my thoughts when I look back on the year. I have included my full review in the links below for those interested in seeing my full thoughts on the film.

A movie of this caliber and size was never going to live up to the gargantuan task of pleasing all fans, and yet the Russo Brothers did an excellent job of bringing together an amalgamation of characters for an epic Summer ride. We finally got our full debut of Thanos and he did not disappoint, providing us with probably the best Marvel Cinematic Universe villain ever. The complexity, emotion, and futility of his motivation makes him captivating.  Seeing the interactions between different characters was thrilling and the action and depth the movie had was exciting to everyone that has stuck with the franchise for the past 10 years. The ending was devastating and has for once left me in a place where I genuinely do not know where the franchise is going next. Only 4 more months to wait to see how everything wraps up!

Being in middle school sucks and it’s so hard to place why it’s such an awkward time in our lives. Bo Burnham, however, rises up to the challenge in his directorial debut showcasing all of the subtleties and circumstances that contribute to this weird phase in our lives. The moments are genuine and purposeful, and give a true authenticity to what we felt and experienced during those moments in our lives. Elsie Fisher is captivating and captures the true essence of what it means to be in eighth grade. Burnham’s direction and stylistic choices make it interesting to watch and enhances the journey of self discovery. There is no other film that I have seen that captures the true essence of middle school like Eighth Grade did.

While I do not like horror movies that much, Hereditary is a psychological thriller that is on another level. The film explores the impact of mental illness and the physical and mental toll that it takes on someone’s mind while also providing some of the most disturbing imagery ever. The film consistently builds in momentum led by some incredible performances by Toni Collette and provides a movie that still has not left my mind since I saw it this Summer. It’s a film that makes you think and trusts the audience which is something more horror movies need to do these days.

Black Panther revolutionized not only the superhero genre, but the world itself. Not only does it have a compelling hero and great action sequences, it has a fully realized villain that is made human and empathizable that it blurs the line between good and bad. This was a movie that really moved me with its villain (a standout performance by Michael B. Jordan), particularly the way in which I saw his ideology and agreed with it more than the hero’s. The movie’s overarching theme proved that superhero movies can be more than just big budget action filled movies, they can be completely relevant to the world and have an impact on society. I am very much looking forward to where they go next with this character.

6. Sorry To Bother You 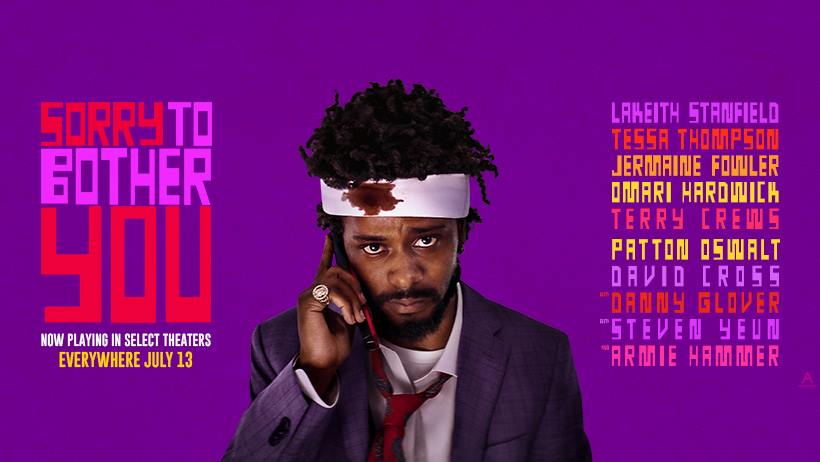 Certainly bold and definitely different, no one can say that this movie isn’t original or ambitious. Layered with themes and messages to covey, Sorry to Bother You is a film that surprises you and casts a unique vision that hasn’t been experienced in a long time. The humor is wacky, the messages are meaningful, the screenplay is downright insane, and yet this film works so well making it one of the more important films of this year. If you truly are looking for a good original film, then this is definitely one you need to see. Just know that it is REALLY weird.

Sorry To Bother You Review 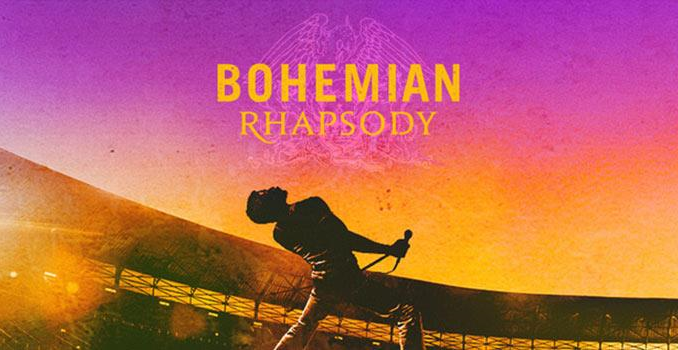 The life of Freddie Mercury was an interesting one and his legacy has impacted many lives today, me included. The performance by Rami Malek is astounding, recreating the most intimate parts of Mercury’s life while also providing an almost frame by frame extenuation of his mannerisms. The film may not be as deep as it could be, but the meaning it provides for the songs and the electrifying charisma of Malek’s performance have made this a film that has not left my mind.  Queen is my all time favorite band, so I was excited for this movie regardless. Whether you are familiar with Queen or not, this is definitely a wildly entertaining movie that will give you chills by its conclusion. 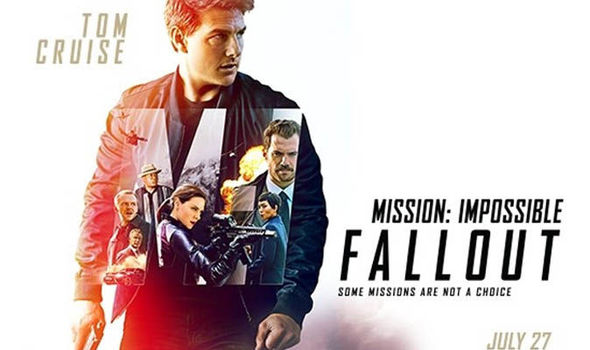 There are good action movies and then there is the Mission Impossible franchise which keeps outdoing itself which each new installment. The movie is just a blast to watch, filled with intensity and pumping adrenaline that more action movies need these days. Not only that, the fact that Tom Cruise is actually doing all the stunts you see on screen heighten the thrill of it all making it more exciting to watch. The action is spectacular and sets a standard that more movies should follow these days. The intensity is unmatched and elevates up until its spectacular finale. I could watch this movie over and over again and never get bored. Long live Tom Cruise!

Remakes and reboots are usually subpar and can never live up to the original. Bradley Cooper’s directorial debut, however, proves that with the right vision and dedication that a remake can surpass the original. The chemistry between Cooper and Gaga is undeniably heartwarming and their performances are some of the best for the year bringing raw emotion and heart. The music is fantastic, offering a variety of rock n’ roll, pop, and some tear jerkers that make the soundtrack one that has not left my mind. The story is presented with a bold direction that invests you and leaves in tears at its conclusion. I still listen to the soundtrack and get emotional thinking about this movie. It is one that I will remember for years to come.

A Star Is Born Review

While tackling tough subject matter and telling a completely true story, director Spike effortlessly was able to blend comedy and drama together for an impactful film. The acting was exceptional, the screenplay was deep, and the commentary and implications it has on our world today speak volumes and inspire something in us. Movies either dilute their message or throw it in the face of audiences, yet BlacKkKlansman strikes a perfect balance that make it one of the most memorable movies of 2018. Even though I saw it just recently, I want to see it again and show it to all my friends so we can talk about the issues it brings up. A movie that can inspire discourse about the real world is rare, and one that can do it so smoothly and effectively is even rarer. This is a movie that I believe everyone should see.

1. Spider-Man: Into the Spider-Verse 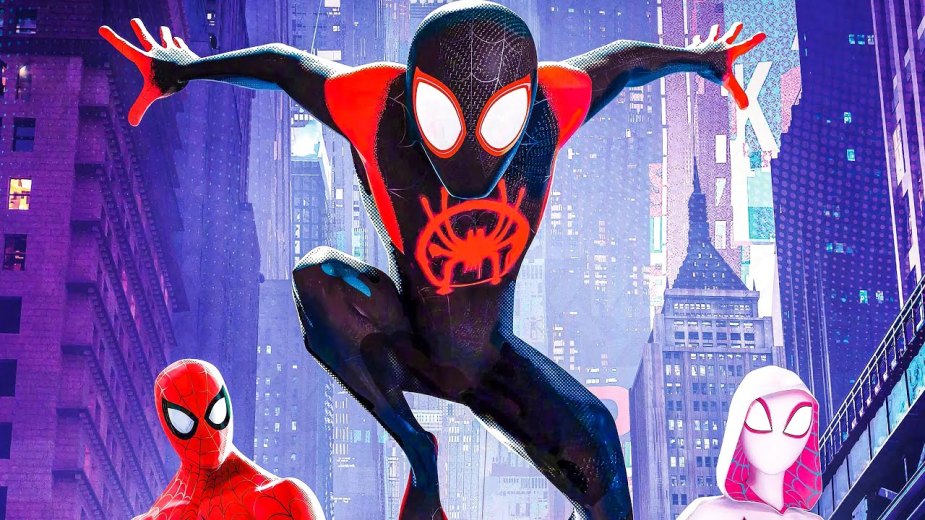 Into the Spider-Verse certainly exceeded all expectations anyone had of it and gave us the best on-screen Spider-Man we have ever seen. With the plethora of superhero movies out there, it becomes increasingly hard to find a film that is unique in both style and storytelling. The comic book style of animation is more than impressive, it’s revolutionary and it yields itself to some impressive sequences of action and visual storytelling that you could never get in a live action adaptation. More than that, the movie has everything you could have wanted out of it: humor, drama, heart, action, adventure, self-discovery Spider-Verse has it all. This movie was so inspiring, powerful, and just all around fun that it deserves the top spot on my list! This is still in theaters so I highly recommend you check it out soon, this is one you definitely don’t want to miss.

Spider-Man: Into the Spider-Verse Review

Be sure to check out more of my reviews for the next year!