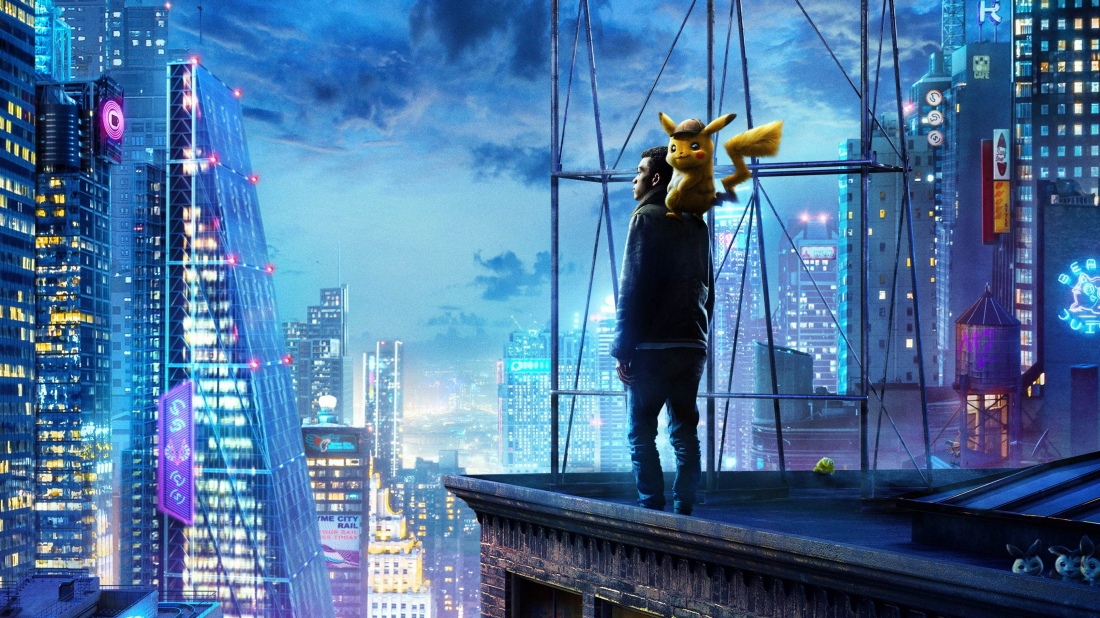 Your enjoyment of the new Pokemon movie is mainly dependent on how well you know the source material. If you are an invested fan of the lore, you are going to find a lot to love from all the tiny easter eggs and references. If you are a casual fan, like myself, you will find things to enjoy and appreciate but no real connection to what is going on. If you aren’t familiar with Pokemon at all, then you might consider yourself confused but may turn your brain off and enjoy the jokes. Detective Pikachu is a fun Summer movie that gets by mainly on the wit and merits of Ryan Reynolds as the titular character but doesn’t offer much for casual viewers.

The story follows a kid (whose name I have forgotten lol) as he is able to communicate with a wild Pikachu. The duo unearths a mystery and conspiracy that involves the death of the kid’s father and the future of the Pokemon species. Together, they must team up and uncover the truth to help those in need.

Honestly, the story falls a little flat and didn’t offer anything new or of substance. It is your classic mystery narrative with twists being seen from about a mile away. The movie tries to be clever in its reveals and at sometimes can even latch you on for the ride, but of the most part you’re just watching events unfold as fast as you can predict them.

What makes the movie succeed the most is the voice work of Ryan Reynolds for Pikachu. It is a weird casting choice but it works really well for the movie. Reynolds has the wry humor and comedic timing to effectively carry this movie and keep you entertained. The dynamic he has with the kid is interesting enough to keep you entertained for the runtime. If any other actor were voicing this character, I don’t think the film would have worked nearly as well. Reynolds truly carries this movie and gets by thanks to him.

Another thing I will praise the movie on is its use of Pokemon at times. If you are a fan of the lore, you will enjoy seeing some of your favorite creatures brought to the big screen and come alive. The world they have created feels lived in and seeing how the Pokemon and humans work together is pretty cool and makes you feel like a kid again. Sadly, however, these sequences are far and few between leaving a lot more to be desired. I would have wished to see more of the world they created rather than the detective story that was presented.

The human characters are more annoying than anything. There really isn’t any character progression or arcs to them. They are just kind of there and act almost cartoonish at times. I don’t buy into their more dramatic parts and it feels as if I am watching an extended Saturday morning cartoon rather than a full featured movie. The movie has a lot of potential it can use, but fails to truly capitalize on it.

At the end of the day, the movie seems to be made more for fans of the franchise than for the common audience. If you have loved Pokemon, then you will find a lot to enjoy. Pikachu and the other Pokemon are really the only cool things to see and carry the movie on. The story is predictable and the rest of the characters are instantly forgettable. If you’re looking for a quick fix of a movie then maybe I could recommend this to you, but you’re probably better off checking out something a little bit more interesting.

Check out other reviews: