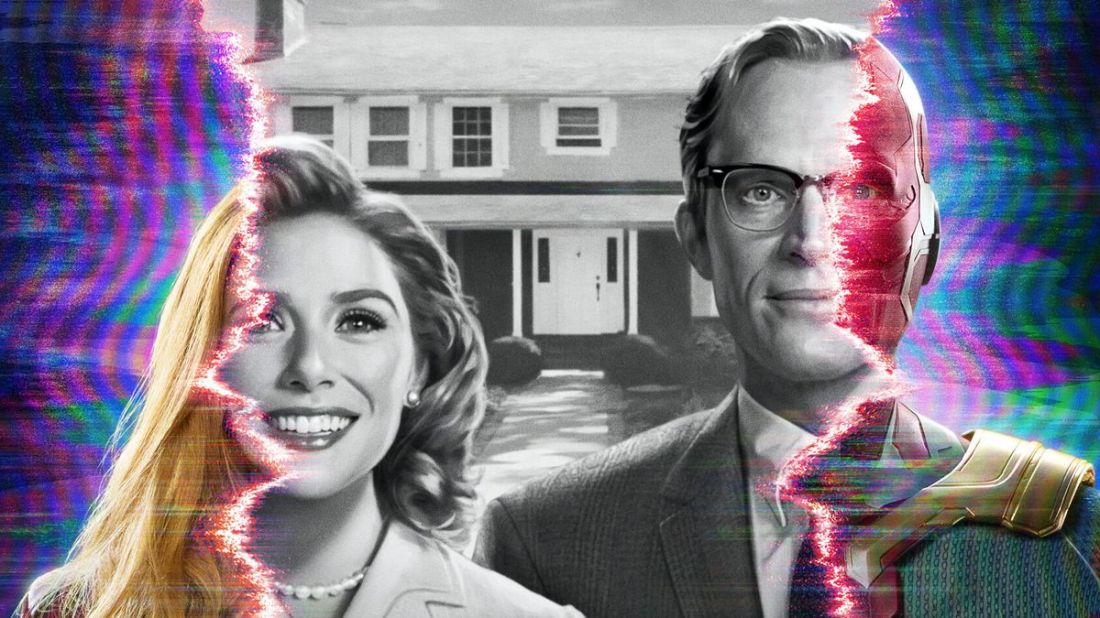 Given the fact that there isn’t a lot of new content releasing and that there is always going to be something to discuss week to week, I have decided to review WandaVision on a week to week basis to give spoilerific thoughts on how I feel about the show as it airs. I will still write a full season review once all the episodes have been released and we see the bigger picture, but I thought it would be fun to discuss theories, jokes, and the MCU as each week.

WandaVision is the beginning of Phase 4 of the Marvel Cinematic Universe and the first Disney+ show out four we will be receiving this year. It follows Wanda Maximoff and Vision after the events of Avengers: Endgame in a seemingly domestic and idyllic environment in which they live a blissful life. However, there is something weird going on under the surface that could seek to disrupt their new suburban lifestyle.

This is certainly one of Marvel’s most unique projects to date, and given that there have been 23 movies preceding this it’s no wonder that Marvel wants to try something new and different. The fact that the show is paying homage to the 60’s sitcoms like I Love Lucy does help to shake up the formula and put characters in unique and hilarious situations that we wouldn’t normally see. I never thought that seeing Vision chew a piece of gum would be as funny as it was, or Wanda attempting to fit in with other women in the neighborhood.

The sticom element is definitely one of the shows strenghts as it presents us with simple everyday problems featuring secondary characters we are familiar with. Vision needs to impress his boss, Wanda wants to fit in the neighborhood, and both of them are scared by the noises erupting outside of their house. It’s a fun gimmick and one that I am interested to see develop in the coming weeks as they pay homage to other influential sitcoms.

The problem I already have with this show is the fact that it may lean too heavily on the sitcom gimmick rather than giving us meaningful character and plot development. While it is only the season premiere, I didn’t feel I learned much more about Wanda and Vision as characters or was given enough intrigue of the larger issues going on. It is no secret that Wanda and Vision are two of the least developed characters from the films, so I would expect the show to give me a little bit more of a reason to care about them especially since they are the stars. Only time will tell how the show develops these characters and its plot, but for now I remain skeptically optimistic.

One thing that I have to appreciate about the show is the one it is directed and conveys the contrast between reality and illusion. The black and white contrast of the show compared with the red blood of a neighbor or a toy helicopter dropping in further propel the mystery and give enough of a reason to keep you invested. The camera angle changes when something unusual happens, allowing there to be a fourth wall break with the audience. It’s a clever touch that also showcases that Marvel isn’t here to toy with us.

The season premiere is a good introduction to the small screen of Marvel. It offers excellent humor and gimmicks to keep you intrigued while propelling its central mystery. While I do remain worried about how the show will treat the characters involved, I am still excited to see what comes next!