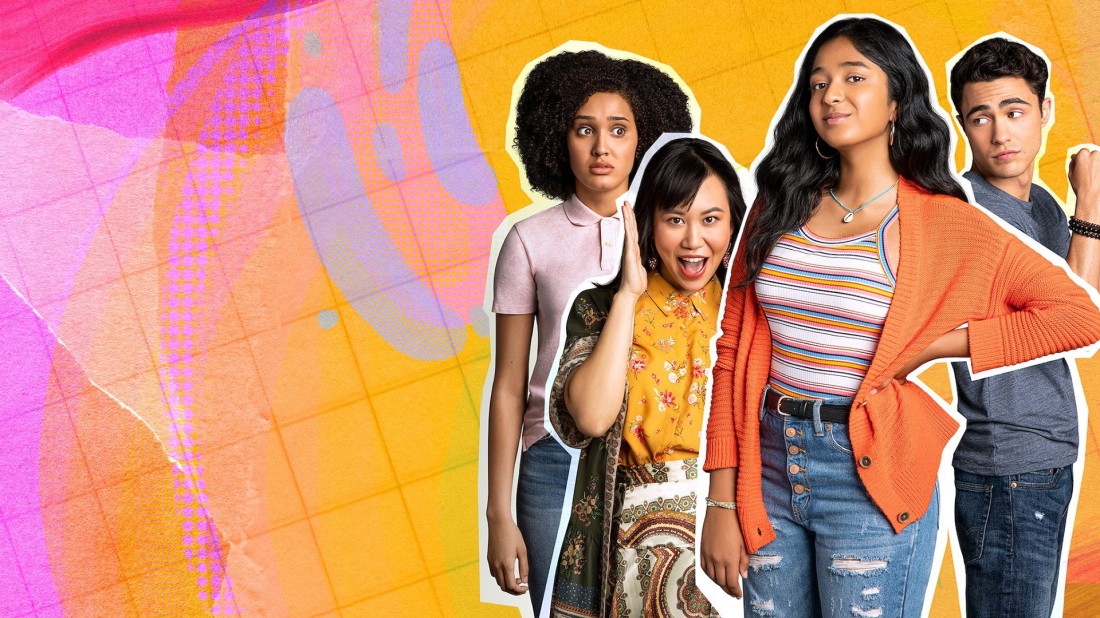 Renowned comedic actors have shown a recent surge in switching to directing their own stories that has paid off with fantastic results. Jordan Peele’s psychosocial films of race, John Krasinski thoughtfulness on human senses, and Bo Burnham’s insight about the struggles of middle school have all been some of my favorite entertainment projects of the past 5 years. Now Mindy Kaling, best known from the American TV show The Office, has taken the fold in drafting a coming of age high school drama centered around an American-Indian teenage girl that is surprisingly deep and complex and one of the funniest shows I have seen this year. Never Have I Ever’s shattering of Asian-American stereotypes mixed with the harsh trials of high school is ingenious and drafted in a seemingly effortless way that makes the show a delight. I fell in love with this show and I am excited to see where Kaling could go with all the new rich possibilities at her disposal.

After a traumatic freshman year where her father died and she lost the ability to walk for three months, Devi Vishwakumar wants nothing more than to shed herself of those memories and be a popular high school girl. She has perfect grades and two great friends, Fabiola and Eleanor, but she desires to shake up her social status and upgrade the perspectives her classmates have on them as the “diverse” clan. However, the memory of her father’s death still lingers over her and with each passing day the suppression of her grief becomes stronger as she struggles to navigate her life among many pressures.

What really made me fall in love with the show are its characters and Devi, Fabiola, and Eleanor are all equally interesting and rich characters that each could have a standalone show about themselves. Devi’s turmoil with her father’s death and struggle with impostor syndrome is the centerpiece of the show. She is someone who is confident and bold in a lot of different areas, but you can still tell that she is struggling with something big underneath her facade. The way she handles her grief is very honest from the perspective of a high school girl and the added pressures from an Indian-American family presents a welcome new perspective to this process. Her challenges in this show aren’t given any easy answers and the choices she makes while questionable at times, are understandable in the long run.

The struggles she faces are not new to people who watch dramas, but the perspective from which Kaling helms this character is astounding and moving. Kaling has modeled Devi’s life loosely on her own struggles as an Indian-American and it adds a complexity to this show that isn’t found in other coming of age teen dramas.  You root for Devi, you cringe at her decisions, you laugh at her wittiness, and mourn with her sorrows and at the end of the day you find yourself so invested in her life that you just can’t stop watching to see what happens next!

Equally interesting are the supporting characters around Devi’s life from her best friends, to her mother and cousin, and to her academic rival Ben. Each character in this show goes through tremendous and heart-breaking arcs, and like Devi they are not given easy answers to their problems. Whether it is struggling with family issues, romantic interests, or crippling loneliness, each of the characters are fascinating in their issues and the insight they are given is investing that I am excited to see where the show will go in a potential season 2 with them.

This is not particularly a show about an Indian-American but rather a show about wrestling with grief and growing up set to the backdrop of an Indian-American household. It is commendable to see the bold direction of diversity taken with this show and I am glad to see that it is never poking fun at the culture. Devi’s family speaks Tamil, they eat Indian food, they go to the Hindu temple, but they are also just a normal family dealing with the same struggles and challenges that come with any other family. Furthermore, Kaling seems very interested in breaking Indian stereotypes and highlighting the positives of certain cultural aspects that many may find strange and I highly respect her for this. It makes me very happy to see a culture and diverse family take the center stage here as it adds a new depth to the show that we haven’t already seen before.

The show is also wickedly funny whether it is breaking the Asian stereotypes or conforming to some of the strange cliches of high school. The dialogue is very witty and on point, and there are times where it may go a little too much drama instead of staying rooted in its realism, but it made me laugh a lot at all of the weird things that happen. It is a sharp and succinct script confined to 10 well paced 25 minute episodes that constantly kept me chuckling and blatantly laughing out loud at times.

While the show is funny, it never loses sight of the depth and exploration it is out to accomplish. This show really moved me in a surprising amount of ways and that is again due to the excellent writing of its characters and story. While one character may seem like a jerk in the first few episodes, ends up actually being a completely sympathetic and moral person, further showing that not everyone who is they seem to be on the surface. Almost all of the emotional moments in the show feel earned, and will definitely bring a few tears to your eyes by the end.

The show is not perfect with some of the resolutions to certain arcs and characters in this season resolving a bit too neatly given the amount of complexity they started with. A character may start off with some heart shattering revelations but by the end of the season it is wrapped in a bow too neatly with just a quick line of dialogue to show that their struggles have been amended. That may be due, however, to the fact that the show doesn’t know yet if they are getting a second season, but if it does I hope they pick back up some of the story threads and continue to explore them with the same complexity that this season did.

Nonetheless, this is a phenomenal Netflix show that demands to be watched by everyone. It’s got great characters, a deep exploration of grief and impostor syndrome, and an excellent portrayal of the struggles of Indian-American families that educates and entertains audiences no matter who is watching. It doesn’t give easy answers to questions making you that much more invested in the situations, and does not want to conform to normal stereotypes about high school or Asian-American culture. I highly recommend you check out this show right now and if you’re like me, you’ll already be eagerly awaiting season 2.