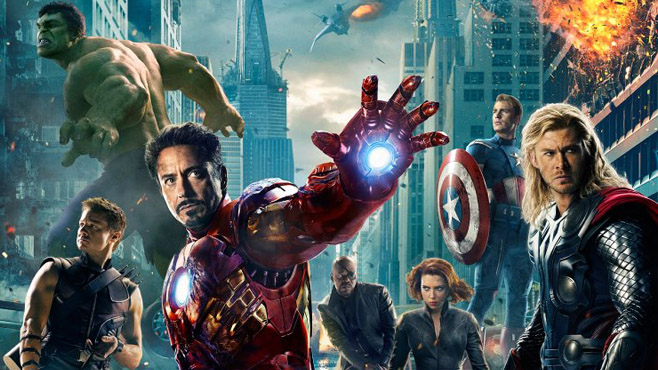 There are many movies that have influenced the superhero genre, but arguably The Avengers has to be the most influential movie of the recent decade. Not only is it the first movie to successfully launch a cinematic universe, it has influenced other movie studios to replicate the same formula to make as much money as this did. However, these studios fail to realize what made The Avengers work so well in the first place. They are looking at the part instead of the whole picture of what Marvel Studios accomplished. The Avengers works so well because it is a standalone film in its own right, filled with great characters, tense action scenes, an emotional core, and all around fun time. But even with that, there is so much more to this film than people actually realize.

The plot of the first film is relatively simple, a villain plans to take over the Earth and The Avengers must be assembled to take out the threat. There’s enjoyment to be had in both the journey to reaching the team-up, and the eventual destination of seeing our favorite heroes working together. All of these elements combined allow the film to work so well.

All of the characters in the film were pretty much featured in other films before reaching The Avengers. Iron Man, Captain America, Hulk, and Thor all had their individual solo movies to build the characters and backstories. Characters such as Black Widow, Hawkeye, and Nick Fury have made baseline cameos in the aforementioned movies to give some familiarity to people who have kept up on the films to date.

But if you haven’t seen any of the previous films and just came into this one, there is enough context and introduction given to allow the audience to understand who the characters are. Tony Stark/Iron Man is a sarcastic and narcissistic man with a big ego, Captain America is a soldier out of his own time, Thor is a god from a mystical place, and Bruce Banner/Hulk is a quiet humble scientist with a huge rage monster inside of him. Even if you do not have the whole backstory as to who the main players are, you are given enough information to deduce and invest on the events occurring on screen.

That’s because the movie is less about the characters and more about their team-up and interactions with one another. Sure, each character gets their time in the spotlight, but it’s more about the smaller interactions you see that make this film so great. Seeing Tony Stark and Bruce Banner geek out with each other is hilarious and watching Captain America struggle to come to terms with the new world is interesting. All of this combined elevate the film to what fans have wanted for a long time: an onscreen mashup of how a comic book operates.

While seeing the heroes wrestle each other on personal philosophies to approaching a situation is interesting and engaging, it is finally seeing them throw down together that make this film so worth it. When the final battle for the Earth occurs, it is intense, fun, and all around massive in scale that you can feel real triumph seeing everyone team up. After seeing all of them in standalone stories each with their unique personalities, when it gets to the final team-up you can not help but feel goosebumps. It is epic on every proportion.

Marvel took their time to craft this event. Almost every character has their own standalone movie so that if the audience wants to know more about the characters or story, they can go back and watch the other films. But there is also enough given so that people aren’t lost. While many studios today are trying to recreate this formula, they are doing so with little patience and no future in sight. Marvel’s goal was to build to The Avengers but not without having established characters of their own. It’s what makes their cinematic universe work so well.

All in all, The Avengers elevated the film industry and specifically the superhero genre to new heights. There is excitement to be had from beginning to end thanks to the excellent chemistry between the cast but also the massive action set pieces. Each character is given their moment to shine without hogging too much of the spotlight in their own right. While the plot is a little simple, it is definitely in the presentation and the journey to what Marvel has been able to accomplish. While some argue that Iron Man was the start of this bigger cinematic universe, I personally believe it all started here and amassed to great success. This is where the Marvel legacy begins, and it’s continually exciting to see where it’s going.