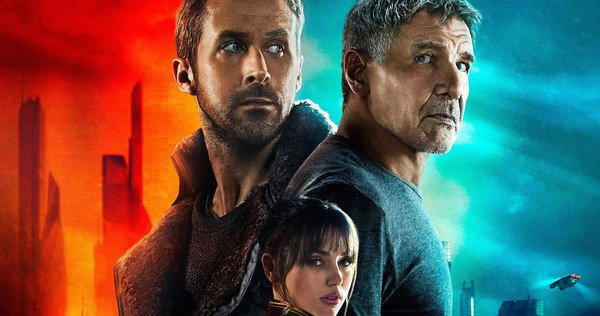 After watching the original Blade Runner, I was completely underwhelmed. A film that I was promised would explore the inner makings of humanity and what makes us what we are, did not fully explore those themes to my liking. The plot was too simple, the main character lacked depth, and I was bored for most of the run-time. This is the complete opposite case with Blade Runner 2049. This film feels like the film I was promised initially with a deeper exploration of its main character, an engaging plot, and many questions to ponder after it concludes. Maybe it’s because I didn’t enjoy the original that much, but 2049 is a great film that audiences will enjoy despite its daunting run-time.

Set thirty years after the original, the new film follows Detective K (Ryan Gosling) a new Blade Runner tasked with the same task of hunting down Replicants, beings almost identical to humans that were outlawed in the previous film. When K comes across some new information, he begins digging in and learns new details that lead him on a new investigation to solve. To say anything else about the plot would delve into spoiler territory, and I want to keep as much of the details away to keep the surprises of the film as there are plenty as the film moves along.

Ryan Gosling nails the role of the new Blade Runner. He is properly pained and commandeering as an agent and as his character learns more details, Gosling handles each reveal tremendously with raw emotion. The reveals in this film, both big and small, have an effect on all the characters involved, but Gosling is able to showcase his expressions with such depth that add to his character. Reveals involving his character also brings the movie more depth and emotion than the previous film failed to do with Deckard. The more you learn about him, the more intrigued you are about him and hope to see where his journey takes him.

Harrison Ford’s character Deckard also returns in his film, and it is handled in an effective way. The stage is very much centered on Gosling’s character, but Deckard’s arc is meaningful and lends purpose to Agent K’s journey. Ford is not just shoehorned in to the plot, he serves a purpose and it is an effective one that gives the film more meaning than the original.

One of my biggest problems with the original Blade Runner was that it did not explore the blurred line between humans and replicants, Blade Runner 2049 however delves head first into this conflict. Replicants and technology itself have become far more advanced and are capable of more than they originally were in the previous film. What does it mean to love? What does it mean to have a soul? What does it mean it mean to be a replicant and a human? And most importantly, does that line even matter? All these questions are deeply explored and paced well enough to keep the audience invested. This is a more serious film that requires you to pay attention to the details to fully appreciate it.

There is not a lot of action in this movie, in fact I don’t think I remember a single scene of action, but this did not bother me. The film wisely explores its rich themes that were scratched in the original and allows the audience to think on them. There is a purpose to each scene whether action filled or not. Particularly a scene involving a character and his love for someone lends some thought provoking questions as to what love actually is. There are plenty of exciting reveals to keep the audience invested. They bring new and and interesting variations to the themes and wrap up all the arcs in a satisfying way.

I also must praise the visuals and sound design in this film. Director Denis Villeneuve and his cinematographer capture the essence of this world beautifully. The film does not just stay in the city, it explores the outskirts, the desserts, abandoned cities and so much more. Each space feels unique and different and enriches the feeling of the world that is being built. The sound also entrances the viewer in this futuristic world. Sound effects and changes in the score seek to excite the viewer through the investigation and begs them to explore the world more.

The move undoubtedly has problems that mainly come from its run-time and story to an extent. This movie is nearly three hours long, and I was entranced for the entire run-time. However, the pacing is a bit off at times in which scenes go on for a bit too long and their purpose feels a bit questionable in the long run. Most people who were bored for the duration of the first film may also find this film to be quite boring. I feel I am the exception to the rule as I really enjoyed this movie and was completely bored by the first.

Speaking of the first film, this film also requires you to have knowledge of the original. Plot points from the original are brought up again and have a relevance to the plot. This is a downside because the first film, to me, was very boring and this film feels like the proper Blade Runner film I was promised. Sadly, you will have to watch the first one if you want to understand this one, but it is definitely worth it in the long run.

Sequels are rarely better than the original, but Blade Runner 2049 is one such sequel that defies expectations. It inquires into the deep existential questions of its characters and fleshes out the world and its themes to a great extent. The characters feel more fleshed out and intriguing to watch on screen. The plot moves a little slow, but the investigative aspect can keep most latched on and riveted especially those who are fans of the first. There is a lot of downtime, but the way the film explores its questions and thesis makes it worth it. There is no set up for a sequel, and there shouldn’t be. The film is a complete piece of art with a beginning, middle, and end. If you can get through the slug-fest that is the first film, you are in for a ride.