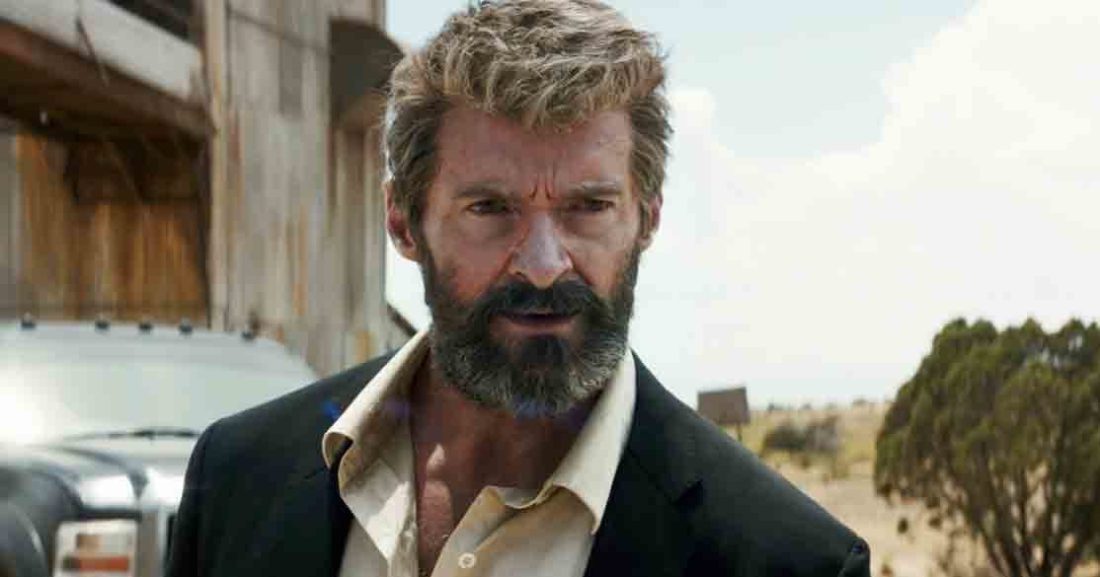 It has been seventeen years since Hugh Jackman donned the now iconic role of Wolverine, and what a ride has it been. In every X-Men movie, no matter how bad, Jackman has been praised for perfectly embodying the role of the famous comic book character and bringing him to the big screen. It is not until now, in his swan song of a film, that he is able to fully break out and deliver a groundbreaking final performance to put an end on his iteration of the character. Logan is a great comic book film that perfectly wraps up the character while delivering on plenty of emotion, suspense, and yes bloody violence.

Logan/Wolverine (Hugh Jackman) in the year 2029 is now a shadow of his former self, living life simply to make money and help get himself and his mentor, the now mentally deteriorating Professor Charles Xavier (Patrick Stewart) away from the world. Logan is tired and fed up with all of the hardships he has had to encounter. When a mysterious girl (Dafne Keen) appears and is shown to have extraordinary gifts, Logan and Xavier become involved in a dangerous mission to ensure the girls safety away from villainous organizations.

This is the ninth time that Jackman has played this character and it’s undoubtedly his best performance. He has lost people, hurt others, and just continues living life without any purpose. We really get to see Logan from an interesting perspective as he wrestles with the mistakes he’s made and the responsibilities he now has. He doesn’t want to be a hero, or remembered as one, he just wants to be left alone and Jackman delivers an emotionally raw performance to illustrate this.

We do get to see an interesting side to Charles this time around as he not the calm collective mind reader we have seen in previous films. He is now losing his mind and, like Logan, waiting for an escape. Stewart showcases a more sympathetic and emotional side to his iteration that we have not seen before He also has burdens which can make him endearing to watch and also sometimes hilarious. This is an Xavier we have not seen before.

Finally, Dafne Keen as X-23/Laura is brilliant, a true breakout star. She is quiet for most of the movie but delivers masterfully in her facial expressions and hardcore action scenes that make her exhilarating to watch.

This looks and feels like an old classic western film from the desert setting to the look of the characters. It only looks amazing and this is my favorite outfit of Wolverine from all the movies. He looks raggedy and old which adds a new depth to the movie. It should also be noted that this movie stands apart from the rest of the films in the franchise. They even make nods and go to great lengths to showcase how distinct this film is trying be and it succeeds in every respect. Whether you have followed Jackman through every film or just this one, there is enjoyment to be had.

This movie is more of a drama than your typical comic book movie as it explores the characters to great length. We see Logan’s struggle and empathize with his situation. We see his duty to take care of Charles and his reluctance to help Laura and you can understand him. We follow our heroes through tough situations and see the toll actions take on them. Logan just wants a quiet life but finds himself roped into this situation. There are layers and arcs that have been carried from previous films and by the end it all culminates masterfully.

The action in this film is amazing due to the hard R rating. It’s perfectly bloody and violent just how fans have wanted to see Wolverine for a long time. Whether he is sawing off heads with X-23 or trying to stop one of Charles’s psychotic attacks, the actions is riveting and never lets up. This is the Wolverine we were supposed to see.

The movie does have a little trouble with its pacing. There is quite of bit of action, but there is also downtime with the characters in which we are exploring their psyches and relationships. This was perfectly fine for me, but it may drive off some action-fueled fans looking to see more and more of Wolverine slicing dudes up.

Logan is definitely a film about its heroes and centers its focus on delivering an emotionally satisfying end to the character. There is great depth to the emotions these characters portray, and the struggles they face are understandable. The action is brutal but is also contrasted with great character moments to really flesh out the film to greatness. It is an excellent swan song to Jackman’s character and delivers an Oscar worthy film that will rival The Dark Knight in the years to come as great comic book movie.