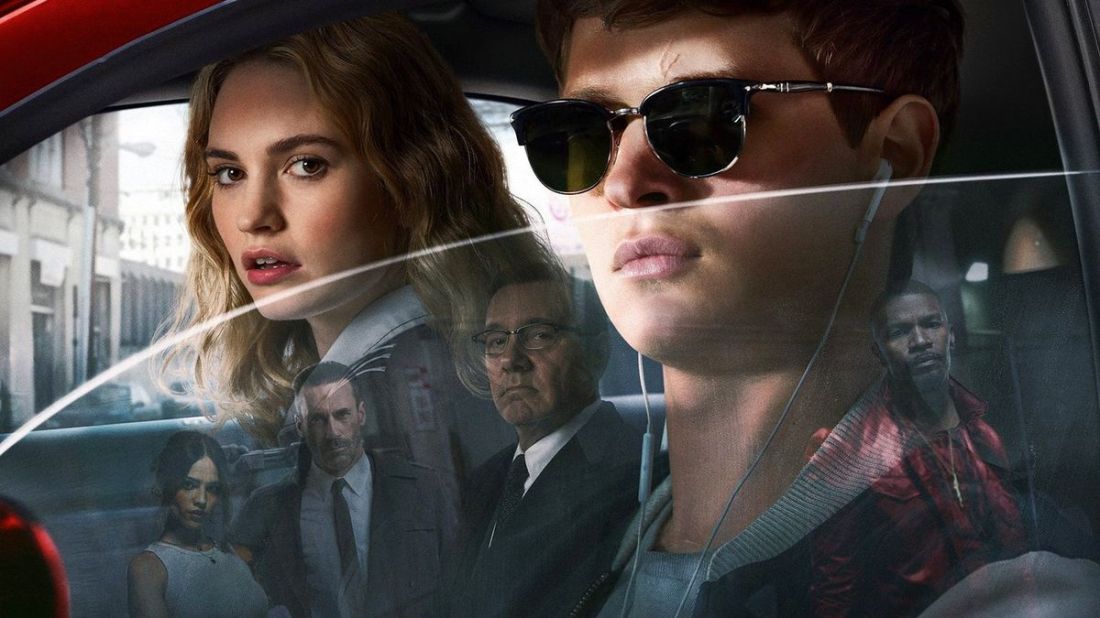 Edgar Wright is both a very popular director and, in my opinion, a lesser known one. He has made films such as The World’s End and Scott Pilgrim vs The World both films that have attained a sort of cult following of fans. He also was the intended director of the Marvel heist film Ant-Man but left due to creative differences. It’s really a shame too because Baby Driver is one of the best heist films I have seen in awhile. It is done with such style and finesse that locks you in from its opening action scene and never lets you go until the credit rolls. This is probably not only the best movie of the summer, but one of the best films of the year.

The plot is actually fairly simple. Baby (Ansel Elgort) owes a debt to a crime lord, Doc (Kevin Spacey), and has to run heists with him as a getaway driver to pay off his debt. Baby is the best in the business being fast, efficient, and smart in his getaway skills. Eventually he meets Deborah (Lily James) who he begins to fall for and sees her as an escape from the world of crime. As his debt becomes paid off, Baby starts planning for his way out before he his roped back into the life of crime for good. What ensues, is a nonstop joyride filled with action, suspense, and wonderfully choreographed music.

All the actors in the film do a good job with what their provided. Ansel Elgort is very much the guy we are supposed to root for and hope he can have his peaceful escape. He is cool and slick but never cocky about his abilities. However, beyond that there isn’t really much more to his character or any of the other characters. Lily James is great as Baby’s romantic interest and they have good chemistry together, but neither character evolves past their initial exposition. This is not entirely bothersome, but it would give something more to root for in our characters.

This movie is very much a style over substance movie which is the movie’s greatest strength. The action scenes and beats are perfectly played and synced with the music that Baby is listening too and immerses the viewer into the action. You feel the adrenaline and rush that Baby feels when he is driving, and yet also can feel his emotions during the more quiet parts of the movie. The music plays a big role in locking the viewer into not only elevate the stunts, but to provide humor, emotion, and suspense throughout.

The way music is incorporated in this movie is top notch. The gunshots are timed to the beat of Queen, Baby’s footsteps correlate to the voice of his song, Edgar Wright directs each scene with such style that adds a new layer to the film. The explanation for this is that Baby constantly listens to music due to having tinnitus so he can drown out the ringing in his ears. This allows for the movie to be a pseudo-music video in a way, but it is never forced or feels awkward. It makes the movie fun to watch and ten times more enjoyable.

Edgar Wright’s style is what he’s known for and it definitely shows. The opening scene alone showcases what Wright is capable of with his action and camera-work. Seeing Baby drive his car through a narrow street doing insane turns is both exciting and frightening to make you care for him. Even when Baby is walking down the street to get coffee, it is all done in one unbroken take to add the signature Wright style. The movie is also immensely hilarious with the way Baby goes about each heist or his interaction with the other crew members. You’ll find yourself laughing just as much as you have adrenaline while watching.

The style over substance approach is also one of the movie’s faults. The characters are definitely clever, engaging, and hilarious at times, but some of their motivations change drastically. This is evident in the third act where certain characters suddenly have changes of heart or make some stupid decisions in order to keep the plot going. This is not entirely bothersome when watching the movie, but it did leave me confused thinking about it later on why in one scene a character is all nice and then shooting an entire crowd of people.

Baby Driver is a beautifully directed summer blockbuster that everyone can enjoy. It has wonderful action sequences that give you the adrenaline rush you need, while also giving you some humorous moments for you to laugh at. The style Wright provides with his incorporation of music is phenomenal and really immerses you into the film. The characterization can be hit or miss for people, with the third act providing some questionable judgement but it never pulls you out of the fun. This is a great summer movie that I highly encourage you to see, but don’t drive back home too fast once the movie is done!